Latest: The Odisha JEE 2014 Admit Card has been released which can be obtained from here: http://www.ojee2014.com/content/admit.aspx.

Participants, who have completed the registration process of Odisha JEE 2014 exam, can download their Admit Card from April 20, 2014. The downloading process will be continuing till the day of examination.

Every year lots of candidates participate in OJEE exam to take admission in various engineering undergraduate programs in the top colleges and institutes of Odisha state. This year Odisha Joint Entrance Examination will be held on May 11, 2014.

According to the official notifications, participates of the OJEE 2014 can download their admit card from April 20, 2014. It is informed that candidates cannot enter into the examination hall without valid admit card. So, OJEE 2014 Admit Card is most important document which must be downloaded from www.ojee2014.com/content/admit.aspx on or after April 20, 2014. 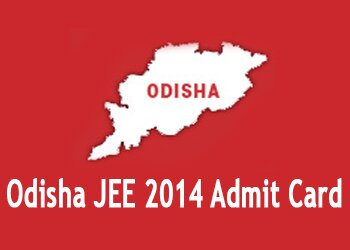 Candidates are suggested to check the few steps which can guide you to download the OJEE 2014 Admit Card easily. Check the steps below:

Candidates can download their admit card from the direct link which we are going to share below: