Latest News: Authority will upload Interview link of Hapur District which was postponed due to some administrative reason. Candidates can check revised date schedule from the table given below:

Latest Update: UP Lekhpal Interview of “Varanasi District” has been started today. Because there is no information on Varanasi’s website (varanasi.nic.in), so we couldn’t update this date earlier. Sorry for inconvenience. Candidates can check Interview Notice from the image given below:

Latest News: UP Lekhpal Interview of “Hapur District” has been POSTPONED due to some administrative reasons Authority will announced new dates in upcominf days.

Latest Result Announcement: The UP Lekhpal 2015th exam result has been successfully declared by the official authority. Candidates can check their result by following the below provided links.

UP Lekhpal examination was conducted on 13th September 2015 and its result has been released 17th December 2015. The official authority of the examination conducting organization has announced the latest official notification in the news paper about the releasing date of UP Lekhpal Result. The candidates who took a part into this examination can check their UP Lekhpal written examination result at upsssc.gov.in.

In the month of September, the Board of Revenue (BOR), Uttar Pradesh had conducted the written examination to select 13600 eligible candidates for the post of Lekhpal under Uttar Pradesh government. It is estimated that more than 25 lac candidates had taken part into this examination.

Candidates can read the official notification which has been posted in Indian news paper. We are going to share the original copy of that news paper below: 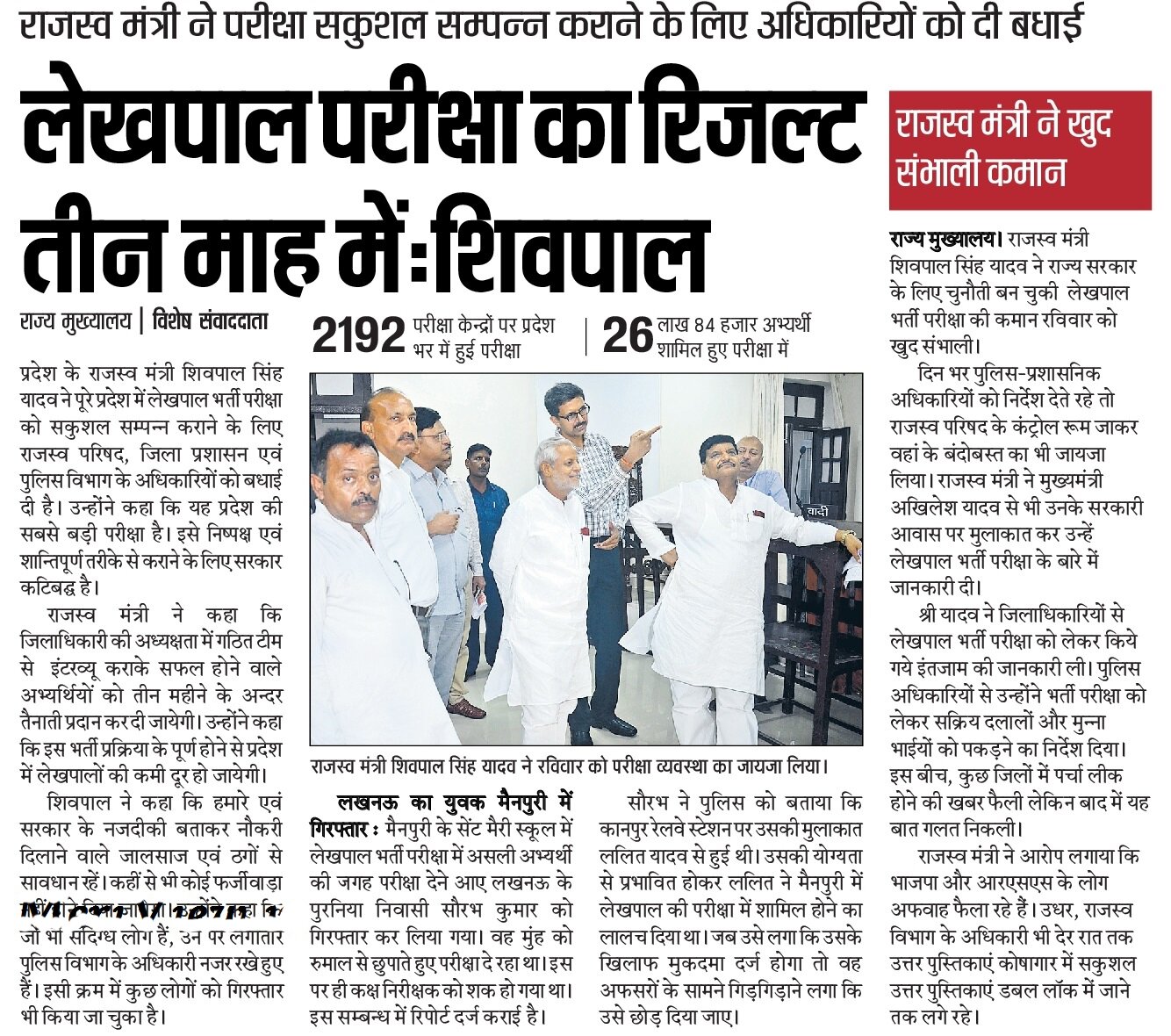 Candidates, who participated into the written examination of UP Lekhpal which was conducted in the month of September 2015, can check their result from its official website. The UP Lekhpal result official website is upsssc.gov.in.

Once the result would be announced officially, we would share the direct link to check the UP Lekhpal result.

Candidates can contact at following numbers for any type of information related to this recruitment:

UPSEE 2014 Application Forms Will Release After...